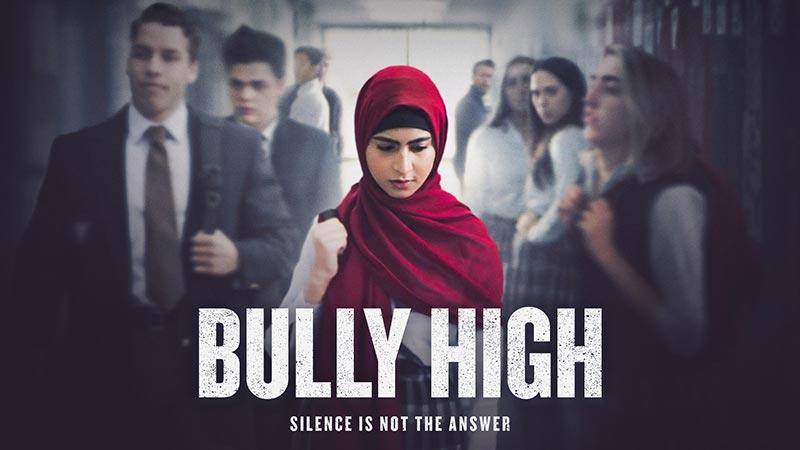 Director/Writer Bill McAdams Jr. (Gallows Road, Jose Canseco: The Truth Hurts), is pleased to announce the trailer for what will be one the year’s most ground-breaking films; Bully High set to release fall of 2022.

This thought-provoking film, set in a contemporary high school, is both a love letter and a scathing commentary about the prevalent and controversial issues of religious prejudices, sexual orientation, and bullying, as a Pakistani exchange student, Maryam Ali, and a Christian lesbian, Nicole White, fight to strip away stereotypes and stand up for their right to live in peace. The class bully, Scarlet Smith, has reasons for her mean attitude and we find out her dark past holds the answers.

Silence Is Not The Answer

All we want is the chance to be seen, loved and accepted. We are all humans doing the best we can to make it through life’s journey. The intention we’ve set is to deliver an educational message that transforms hearts and influences unity. Let’s stop the bullying, violence and suicide across our schools in North America.

This interfaith movie is based on real stories that are woven together. It brings awareness to the pain some of our children are enduring. Where are we sending our children five days a week? Are they attending a safe and inclusive community? It’s time to re-shape and transform what’s happening in our schools today. These cries are deep, raw and real. We expose the true souls of these characters in order to reveal & announce the hidden verities. It is time to stand together in unity, embracing our differences with acceptance and love. 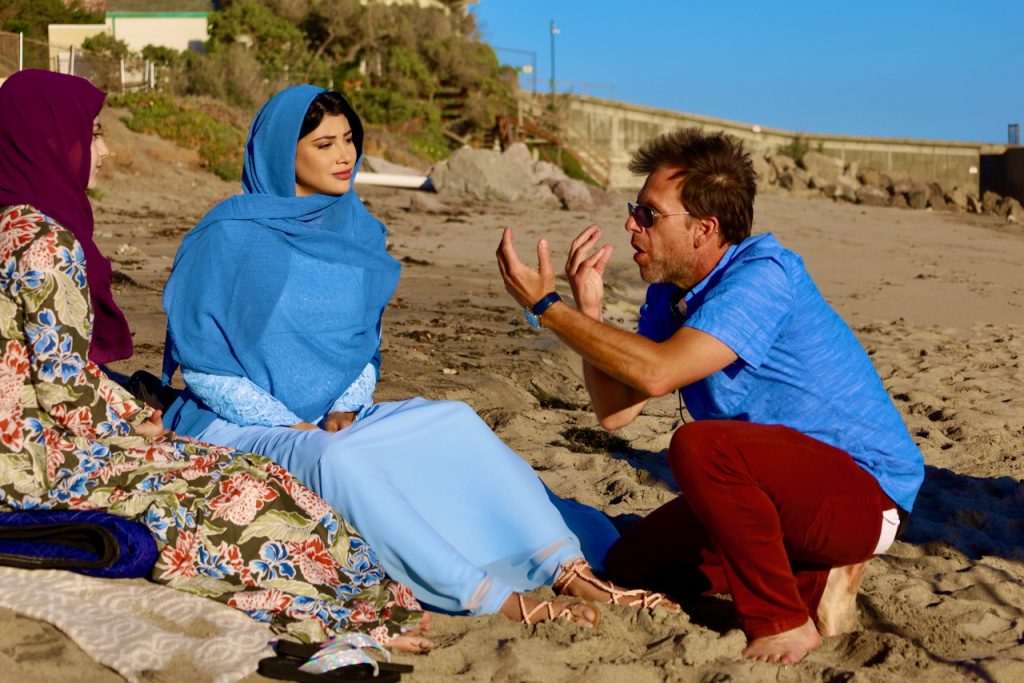 Pakistani Muslim, Maryam Ali (Aneesha Madhok in her debut film role) proudly wears her hijab to her new school in California, but it ends up triggering harassment from some of the other kids, in particular, Scarlet Smith (Taylor Jabara) whose traumatic event when she was twelve was hushed. Bob Walker (Bill McAdams, Jr.), is the school’s Government teacher who lost his wife in 9-11 and harbors personal resentment toward Maryam soley because she is Muslim. His son, Zack Walker, (Cedric Begley), The Kominsky Method) falls for Maryam causing conflict between the Christian father and son.

The film’s cast also includes (Joseph Baena) in his first major role as class president, as well as (Abla Sofy), the world’s first Arab model to do a Guess campaign, that paved her rise to supermodel status. This is her acting debut. 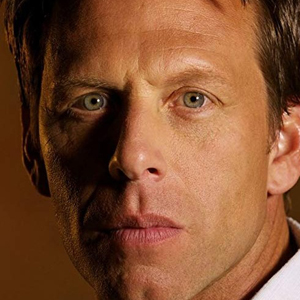 He graduated from The Catholic University of America Washington, DC in 1994 with a double major in Theater Arts and Philosophy. Bill took a train up to Camden Yards in Baltimore with his senior University baseball picture and handed it to the casting director of the film Major League ll. The next day he was hired as a utility baseball player on screen and worked steady for two months earning his first film credit. His career took off as a stand-in for Matt Damon on Francis Coppola’s The Rainmaker.

Bill was able to gain “hands on” experience by working with Academy Award winning actors, writers, directors and cinematographers which earned him jobs working alongside of Steven Spielberg on Amistad and David Lynch on Lost Highway and Mulholland Drive. Had written his first screenplay, Gallows Road, while working on set of Good Will Hunting. After the tragic death of his younger brother, John, in a motorcycle accident he made two films back to back. The first was about John’s favorite player growing up, Jose Canseco: The Truth Hurts. This film won the Best Documentary Feature Moxie Award at the prestigious Hot Springs Film festival.

Bill has directed award-winning PSA’s Using Our Heads and House of Fear for the American Brain Foundation and most recently, the Silver Telly award winner Almost Thirteen about twelve-year-old Hayden Hunstable, who accidentally took his life three days before his thirteenth birthday. Bill enjoys his creative path of storytelling. All his features have worldwide streaming distribution. Next up, Bully High. A film about a love, acceptance and forgiveness. 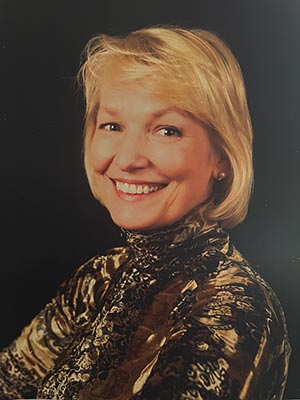 Therese Migala Moncrief was born in Paris, France and has lived, studied and worked in various countries, developing a love of humanity’s dignity, similarities and differences. Fascinated by the different ways people perceive the world and communicate their understanding of it and themselves, and in awe of talent that can translate and communicate these, Therese began by helping and supporting both institutional and individual efforts. Within the realm of film, she started with the Fort Worth Film Festival, which under her guidance, became the Lone Star Film Society, which then launched the Lone Star Film Festival.

With a deep sense that we are each responsible for what we put out into the world, and it’s consequences, and acknowledging that we are a visually captive race that craves story, no matter which culture we come from, she decided to go beyond supporting people with this super-power and join them. Her first engagement was a documentary, Teen-A-GoGo. She then went on to produce Jose Canseco: The Truth Hurts, Gallows Road, Almost Thirteen, several films in various stages of completion with her partners in Fort Worth Studios, and now, Bully High. She lives in Fort Worth, Texas with her husband and has four younger brothers, two sons and a daughter-in-law.

Bully High Producer’s Statement: We all have triggers. They echo our life experience. In all innocence, we are all potentially someone else’s trigger. To me, Bully High is about an innocent new person who unknowingly sets off people’s triggers all around her. Each person’s trigger is a window into that person’s story, in most cases easiest left hidden and secret. When we can’t hit back at the true cause of hurt, loss or fear, we tend to find a convenient, usually innocent, substitute… Their response is what can change hearts and change the future. Having said that, the most important figure in this film, to me, is ‘Amber,’ the bully’s lead follower… until she’s not. She represents too many of us, who are neither the bully, nor the bullied. Does she seem familiar to you? 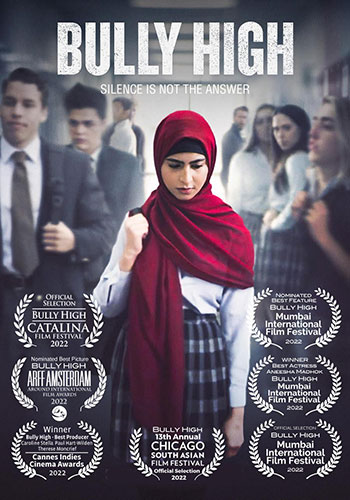 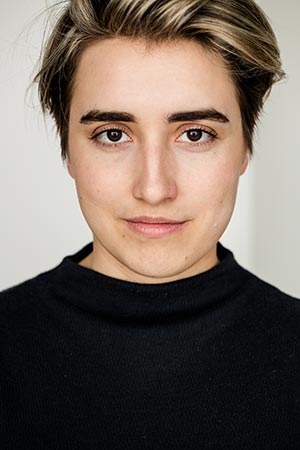 “This film is about seeing love in action. How far will we go for someone we love and the people we lose in the process,” said Stella, whose character is “very loosely” based on her experience being raised as an evangelical Christian in Fort Worth, Texas. “Seeing movies like these show me how far I’ve come and how far I have yet to go. Love first always.”

Email Us or Message Us Below